Let’s hear it for the little guy/small business

In the Western world (rather than the Westeros world), the bulk of an individual country’s GDP (Gross Domestic Product) comes from small business.

They are businesses that provide some form of service to other companies or individuals, such as accountancy, computer support, hairdressing or even dog walking. 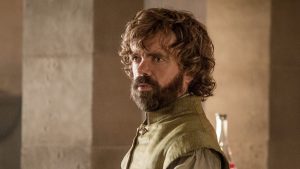 The fact that the service sector is so valuable may not come as a surprise, but have you any idea just how big the little guy is? (In the UK, a small business is classed as one with 0-10 employees)

Opposite of big business

In the United Kingdom, 76% of all businesses (not just the service sector) hire no-one. There is just the business owner.

That’s 4.2million businesses where one person is responsible for:

In 2011 there were 28.2 million small businesses in the United States and that number has been growing by approximately 4% each year. They accounted for all but 0.3% of all US employer firms.

So if the ‘little guy’ is actually pretty huge, why don’t they have a bigger say in government policy?

For the main part they are, as individuals, a single small voice. It’s much more difficult to get your point of view across when you seem to be the only person saying it.

However, when they join local chambers of commerce, trade guilds or even regional small business groups, they have a united voice. The British Chamber of Commerce for example comments (on behalf of their members) on government proposals, while the Kent Chamber of Commerce works closely with the county council with regards to business development and funding.

Chambers of commerce and trade guilds do much more than just lobby local governments, they often provide:

“The whole is more than the sum of its parts” – Aristotle

By working together for their common goal, small business owners can help shape the directions of their local and national governments. This isn’t just the case in the UK and the US, but across many different countries; for example there are 26 national European chambers of commerce and many more local regional chambers. I’ve added some links to these below.

Any group that is formed for the benefit of its members as a collective and not as an individual, tend to make the biggest strides forward.

To quote Game of Thrones’ Tyrion Lannister from the picture above:

“I try to know as many people as I can – you never know which one you will need.”

It’s carries even more weight when you realise that you all need each other.

Small businesses are the backbone of our countries, but there are many challenges that they face on a daily basis.

Here at me:now, we’re in the business of matching these small companies to the right customers; customers that not only want to use their service but when the business is able.

By using our service, we like to think they have one less challenge to worry about.

Share on TwitterShare on FacebookShare on LinkedInShare on Email

Find what you need...

Where you want it...

Is your business struggling post-lockdown? Our app can help.

An end to hunting for home delivery slots?